A fabulous shrimp appetizer to try is this Bacon-Wrapped Buffalo Shrimp.  It is a spicy shrimp wrapped in bacon that guys seem to love – it has everything guys like; buffalo sauce, bacon, and heat.  Bad news, it is also one of those addictive appetizers that people keep going back for “One more”.  It is usually the first appetizer to disappear from the buffet table.  Make a lot so you will not run out.  Good news, this recipe is that it is considered low-carb!

This version calls for Louisiana Hot Sauce, but you could use whatever hot sauce is your favorite. 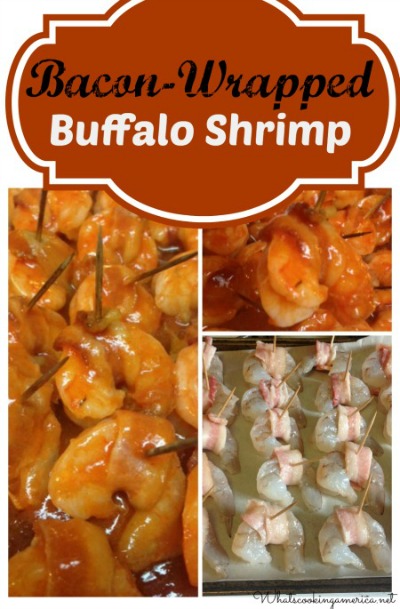 Grilled Prosciutto Wrapped Shrimp
What could be easier than grilling the shrimp for a tasty appetizer?

Anytime Balsamic Shrimp
This is one of my all-time favorite dishes, and it couldn’t be simpler.

Grilled Shrimp with Truffle Oil Vinaigrette
Nothing is better than these wonderful shrimp with truffle oil!

Killer Shrimp
Your guests and family will definitely love these shrimp!

Source:  Adapted from George Stella’s Low Carb and Lovin’ It Cooking show on The Food Network.