Golden Milk – Turmeric Tea, is a soul-warming ancient drink that has been used for many years to promote a healthy body.  Golden Milk, also known as Turmeric Tea, is said to have healthy properties for everything from your digestive system to your mood.  This drink is especially good during the cold and flu season when your body can benefit from an immune system boost. 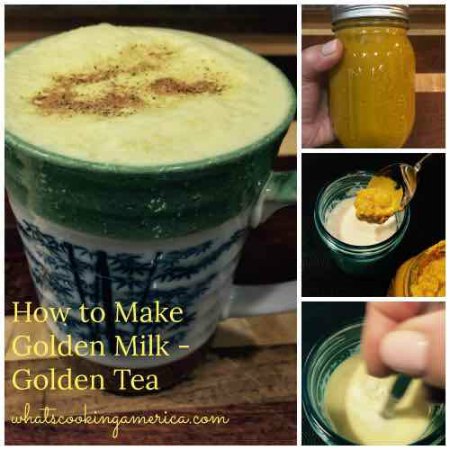 Golden Milk – Turmeric Tea is made with the spice turmeric.

Turmeric is a root from the ginger family and is best known as a colorant and seasoning in Asian foods and curries.  Turmeric has been used for thousands of years as a staple in traditional Chinese medicine.  It grows wild in the forests of Asia and Southeast Asia.

What are the suggested health benefits of Turmeric? 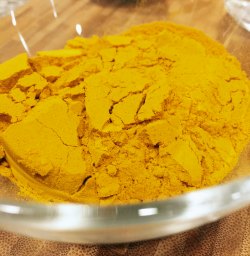 Important Note:  The active ingredient in turmeric, curcumin consumed by itself, is quickly metabolized out of the body without being absorbed.  In order for your body to absorb the healthful properties, curcumin, turmeric needs some help from black pepper and a healthy fat.  Studies have shown that the active ingredient in black pepper, called piperine, will increase the bioavailability of curcumin by over 2,000%.  Curcumin is also fat-soluble, which means that turmeric needs healthy fat to be able to be absorbed into the body.

What is the best way to consume turmeric?

One of the best ways to consume turmeric is to make turmeric paste. The paste contains coconut oil and black pepper, the main agents needed for absorption. This paste can be made in advance and kept in the refrigerator for use in many ways.  My favorite way to use turmeric paste is to make Golden Milk – Golden Tea.

Some people will add a sweetener to their paste like honey.  I prefer to skip the sweetener as I find the flavor is satisfying enough for me without the extra sugar.

Where do I get turmeric?

You can order turmeric root powder in bulk online.  It is a good idea to get a good-sized bag as the recipe to make the paste calls for 1/2 cup.  Look for turmeric that is organic, non-irradiated, and contains curcumin.

Keep in mind working with turmeric can stain clothing, hands and hard surfaces.  Take care to clean up any spills quickly with a baking soda paste and a sponge.

Golden Milk, or Turmeric, Tea is a great way to enjoy the immune-boosting benefits of turmeric on a daily basis.  Golden Milk is an ancient drink that is said to aid in digestion and overall health.