I must confess, when I used to hear people refer to cooking Kalua Pork or Kalua Pig, I naively assumed the pork was marinated in Kailua liqueur.  I also wondered why it did not pick up the sweet flavor like the liqueur when I tasted this dish. it had a nice salty and smoky flavor.  When I decided I wanted to learn how to cook this dish I was surprised to learn that Kalua referred to the method of cooking meat underground!

As an alternative to an underground method, an easier cooking method used by many Hawaiian locals today and especially in the mainland United States, was taught by famous Hawaiian chef, Sam Choy.  He teaches to rub the pork shoulder in Alea sea salt, wrap in Ti leaves, and slowly cook in an oven with liquid smoke.

In this recipe, I will show you how to use a smoker and the crock pot method.  I just could not bring myself to use liquid smoke when I had a perfectly good smoker, but I will also give you the liquid smoke recipe option.  This slow cooking method will take a long time, so make a large batch for a party or plan to use in more meals like tacos, sandwiches, breakfast, or freeze for later.  The pork is so fall apart tender you’ll appreciate the time you spent cooking this.  Trust me- the meat will not go to waste!

The word “Kalua” literally translates to cook in an underground oven.  This word is also used to describe foods cooked in this method such as Kalua Pig (also known as Kalua Pig or Kalua Turkey) which is traditionally served at Hawaiian luau feasts.

The Kalua cooking method utilizes an Imu which is a type of underground steam oven.  A traditional Imu is a large sand or dirt pit that has a fire burning using koa wood (the pit is usually 6 feet long x 4 feet wide x 3 feet deep or the diameter and depth should match the amount of food that is to be cooked).  Large River Rocks are then placed in the pit to retain the cooking heat after the fire has turned to hot coals.  Once the rocks have reached an extremely hot temperature, the pit is lined with Hawaiian vegetation such as Banana or Ti leaves, which creates a hot steamy environment for the meat to cook in.

The meat is usually rubbed with salt, herbs and stuffed with more hot rocks then wrapped in more banana or ti leaves.  To maintain even heating and trap in the steamy moisture, the meat is covered with wet burlap and then covered with a layer of sand and dirt.  The meat is then left to cook in the pit for 6 to 8 hours.  During cooking, the meat absorbs the flavors from the smoke of the koa wood and steam of the banana or ti leaves.  When the meat is fully cooked, it is removed from the Imu and shredded to allow the melted fat to mix in with the meat for a uniform flavor and texture.

Due to the length of time it takes to prepare an Imu and cook the meat underground, most earth oven cooking was done for large groups, festivities or religious ceremonies. 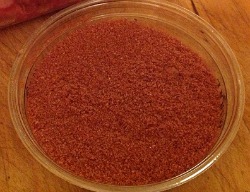 Alea Salt is also known as Alaea, Alae, and Hawaiian Red Salt.  Salt making has been performed in Hawaii for over 1000 years.  The waters off the coast of Hawaii are considered some of the purest in the world.  These waters are used to make the sea salt in Hawaii which yields very pristine salts.  Traditionally the salt was evaporated through a series of small ponds.  As the water evaporates the salt concentrate increases.  Alea Salt is sea salt that has been mixed with red alea volcanic clay which can only be found in Hawaii.  Alea clay gives the salt a pinkish brown color which is also rich in iron oxide and up to 80 additional minerals.

Alea sea salt is commonly used in Hawaiian rituals to purify and bless their tools, canoes, homes and temples as well as healing rituals for medicinal purposes.  Alea salt is also used in several traditional Hawaiian food dishes such as Kalua Pig, Poke, Hawaiian Jerky, and Lau Lau Pork adding a bold, earthy flavor.  Alea salt can be used as a finishing salt, cooking salt, or a rub for meats.  When rubbed on meat, the mineral clay hardens which helps to seal in the natural juices of the meat.  Other great pairings with food include salads, barbeque, fish, meat dishes, soups, and stews.  True Hawaiian sea salt is very expensive to purchase.  This is why you will find most Alea sea salts sold in the U.S. are produced in California.

* The pork butt roast, also called the Boston butt, comes from the upper shoulder of the hog. The roast consists of parts of the neck, shoulder blade, and upper arm. The pork butt is a moderately tough cut of pork with a good deal of connective tissue.

** Hawaiian Sea Salt can be found at most gourmet or local Asian markets or ordered on line (Hawaiian Alea Sea Salt).  Coarse kosher or sea salt can be substituted.

*** Hickory flavor liquid smoke is recommended over mesquite flavored.  Only use liquid smoke in the crock pot if you do not have a method to smoke the pork. 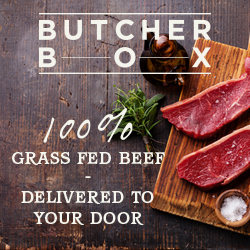