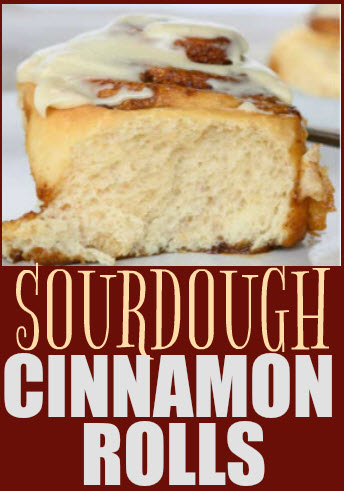 Sourdough Cinnamon Rolls are a fantastic and delicious recipe to use your sourdough starter in.  These Cinnamon Rolls treats are wonderful – so easy to make in your bread machine and so rewarding!  This recipe still uses yeast, and the sourdough starter is added for another dimension of flavor that will amaze your taste buds!  I have been making this recipe for years and always get asked to share my recipe.

As far as I am concerned, Cinnamon Rolls are the best food invention ever made. 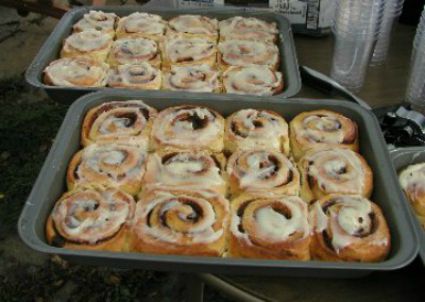 I find working with a sourdough starter can be very time consuming.  Especially if you follow what most sourdough books say and feed them everyday.  That's too much work for me as I already have a cat.  You even need a sourdough sitter when leaving town.  Because I do not use my starter everyday, I store it, covered, in the refrigerator until ready to use.  When I decide I want to use my starter, I then remove it from the refrigerator and let it come to room temperature (usually I let it sit overnight on the counter). I then feed it with 1 cup flour and 1 cup warm water.  I let this site 8 hours or preferably overnight.  It is now ready to use in your sourdough recipes! - Linda Stradley