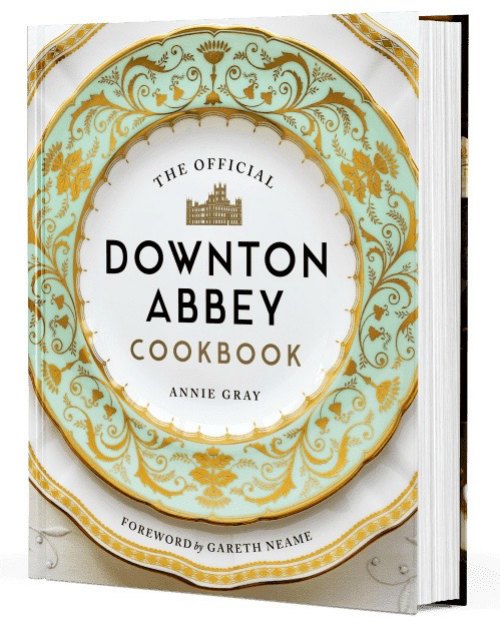 Julian Fellowes, the creator, executive producer of Downton Abbey and the Academy Award™ winner for best screenplay for Gosford Park, is the writer with the gift that keeps on giving. Thankfully for the legions of devoted fans the end of the award-winning PBS TV show was not the end of Downton Abbey. September 2019 brings forth the new feature film and the Official Downton Abbey Cookbook.

Ellen Easton had the pleasure of having afternoon tea in New York City with Julian Fellowes and was especially fascinated to learn of the details that went into the dining and afternoon tea segments of the productions:

Under the guidance of Alastair Bruce, a force of information in his own right, the cast was transported back into a time where the rigid rules of civility were the mainstay for both the privileged and serving classes of British culture.

Whether an afternoon tea or a more elaborate affair, the home cook and party planner alike will find over 100 sumptuous photographs, delicious recipes and tips by food historian Annie Gray to create your own Downton Abbey experience.

“Adapted from original recipes of the period, replicated as seen or alluded to on screen, or typical of the time, all of the recipes reflect the influences found on the Downton Abbey tables. Food historian Annie Gray gives a rich and fascinating insight into the background of the dishes that were popular between 1912 and 1926, when Downton Abbey is set —a period of tremendous change and conflict, as well as culinary development.”

The Downton Abbey Cookbook also includes a special section on hosting Downton-themed dinner parties and presents stills from across the TV series as well as the latest film. Notes on the etiquette and customs of the times, quotes from the characters, and descriptions of the scenes in which the foods appear provide vivid context for the dishes.

With these and more historic recipes—compelling to a contemporary palate and easy to replicate in today’s kitchens—savor the rich traditions and flavors of ‘Downton Abbey without end’.

Order your copy for additional savings on Amazon.

Large houses like Downton relied upon their kitchen gardens to supply most of their fruit and vegetable requirements. With enough money, almost anything could be produced, and in the Victorian era, the rich prided themselves on eating out-of-season produce, forced or retarded through skillful garden management. By the twentieth century, as land rents fell and many aristocrats struggled to maintain their estates, the acres of greenhouses were increasingly left to rot, and the boilers that had once heated the hothouses were abandoned. Some were turned into commercial market gardens, while others simply became less ambitious. But as any gardener knows, vegetable gardens left to their own devices produce a glut of produce, and skilled cooks need recipes to deal with that. The original recipe for this soup appeared in Eliza Acton's Modern Cookery for Private Families, one of the best-sellers of the nineteenth century and remaining in print for over sixty years. Cooks who, like Mrs. Patmore, learned their art in the Victorian period would have known it well.

Cucumbers are rarely served hot today but were popular as a cooked ingredient in the past. They were stuffed, stewed, and, as here, made into soups. The same is true of lettuce. Modern Cucumber soups are generally served cold, and this one works as a cold soup as well. This quantity of cayenne makes a fairly mild soup, so taste the soup and add a little more if you like your food a bit spicy. 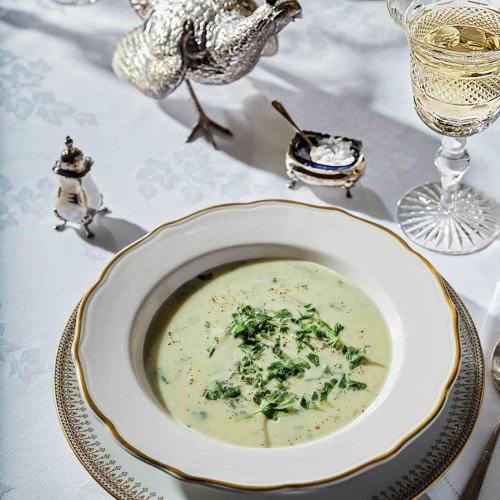 Cornish pasties are a food about which many myths circulate. The modern version generally contains beef, potato, and onions, with a rich, fat-based pastry, and has been given protected status. However, pasties have medieval origins and were widespread in the United Kingdom until the nineteenth century. Early pasties could contain any number of things, and most had very little meat, as it was so expensive. The Cornish pasty as we now know it emerged in London in the late nineteenth century and was more middle class than its vegetable-based country cousin. It spread rapidly throughout Britain and abroad, to the extent that earlier versions were almost forgotten. However, during the First World War, some authors revived pasties, as they were practical to make, could be filled with all sorts of ingredients, and were suitable for both elegant luncheons and marching off to the front, depending on their size, filling, and the chunkiness of their pastry. These are of the former type.

You can use almost any filling in these, but you do need a balance between meat and vegetables. Other Downton-era possibilities include squab (pigeon) and rutabaga (swede), chicken and mushrooms, and of course, beef and potato. The crust is good for sweet pasties, too: mincemeat works well (see Mincemeat pie recipe), as does apple, especially with a little dried fruit and some spice added. 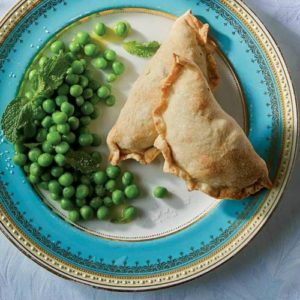 A classic of French cookery, madeleines are delicate sponge cakes traditionally made in a special pan with shell-shaped molds. Families such as the Crawleys, seasoned travelers to France as they are, would have known them well. They're served in season 1, when Matthew is still coming to terms with having a valet to serve him and helps himself to them, much to Molesley's chagrin. Quick and easy to make, they were perfect for delicate, feminine afternoon teas but were also suitable for late-night snacking, and often filled the biscuit jars kept by Mary, Edith, and Sybil's beds.

Anna: Have you had any breakfast?

Daisy: Not a crumb.

She takes the biscuit jar beside the bed and hands it to Daisy.

Gwen: You can't take her biscuits

Anna: She never eats them. None of them do. They're just thrown away and changed every evening.

If you don't have madeleine molds, standard muffin cups will work. In the Edwardian period,you could also get English madeleines, which were made in dariole molds (shaped like small flowerpots) and were often hallowed out, filled with jam, the tops put back on and then iced. This recipe will also work for those, with or without the jam filling. 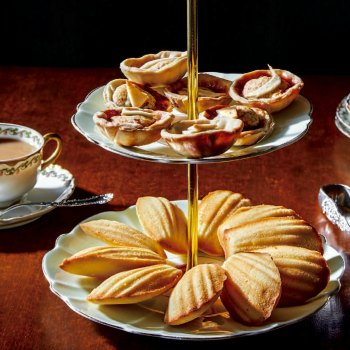 TEA TRAVELS™ – Wishing You Happy TEA TRAVELS!™  Tea is the luxury everyone can afford!™ and Good $ense for $uccess are the trademarked property of Ellen Easton/ RED WAGON PRESS

Ellen Easton, author of Afternoon Tea~Tips, Terms and Traditions (RED WAGON PRESS), a lifestyle and etiquette industry leader, keynote speaker and product spokesperson, is a hospitality, design, and retail consultant whose clients have included The Waldorf=Astoria, Plaza Hotels, and Bergdorf Goodman.  Easton’s family traces their tea roots to the early 1800s, when ancestors first introduced tea plants from India and China to the Colony of Ceylon, thus building one of the largest and best cultivated tea estates on the island. 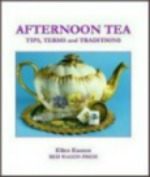